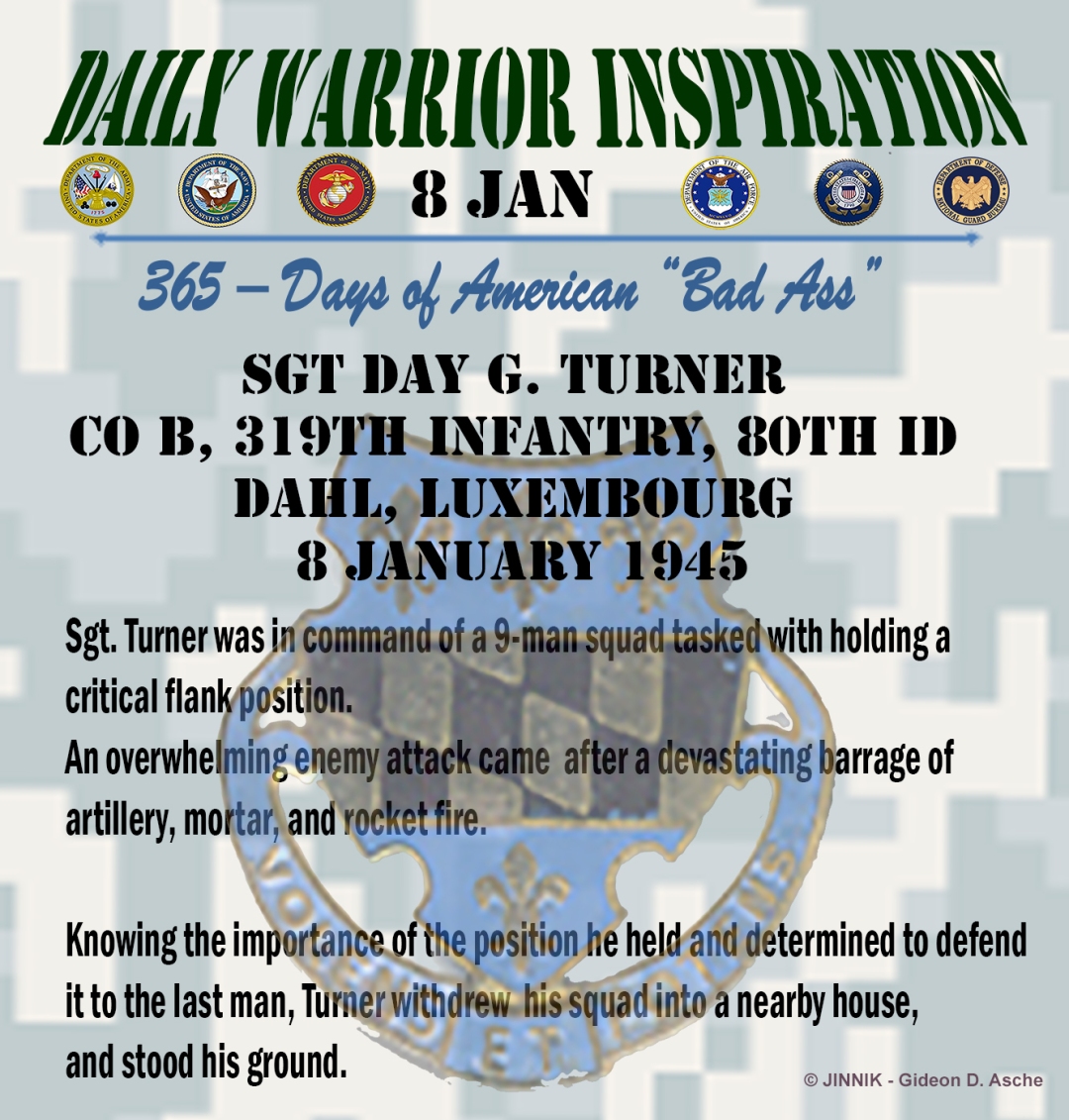 Sgt. Turner was in command of a 9-man squad tasked with holding a critical flank

An overwhelming enemy attack came right after a devastating barrage of artillery, mortar, and rocket fire.

Knowing the importance of the position he held and determined to defend it to the last man, Turner withdrew his squad into a nearby house. The enemy attacked repeatedly, but was repulsed with heavy losses.

Using direct tank fire to breach the building, the enemy finally gained entrance. But, the young NCO refused to surrender despite the odds being against he and what was left of his squad. Out of Ammunition the Americans were down to Bayonets or improvised and captured weapons.

Turner hurled a can of burning oil on the advancing enemy soldiers dispersing them, then he and his men fought doggedly from room to room in fierce hand-to-hand encounters. Turner bayoneted 2 fanatical Germans who rushed a doorway he was defending and fought on with the enemy’s weapons when his own ammunition was expended.

Four hours passed before the last TWENTY-FIVE enemy soldiers ran out of ammunition and the means to resist. They surrendered to Sgt turner and his THREE remaining men, who had run out of ammo several hours beforehand.

Turner was Promoted to SSG and recommended for the MOH but was killed in combat exactly one mohth later.   He awarded the MOH posthumously.