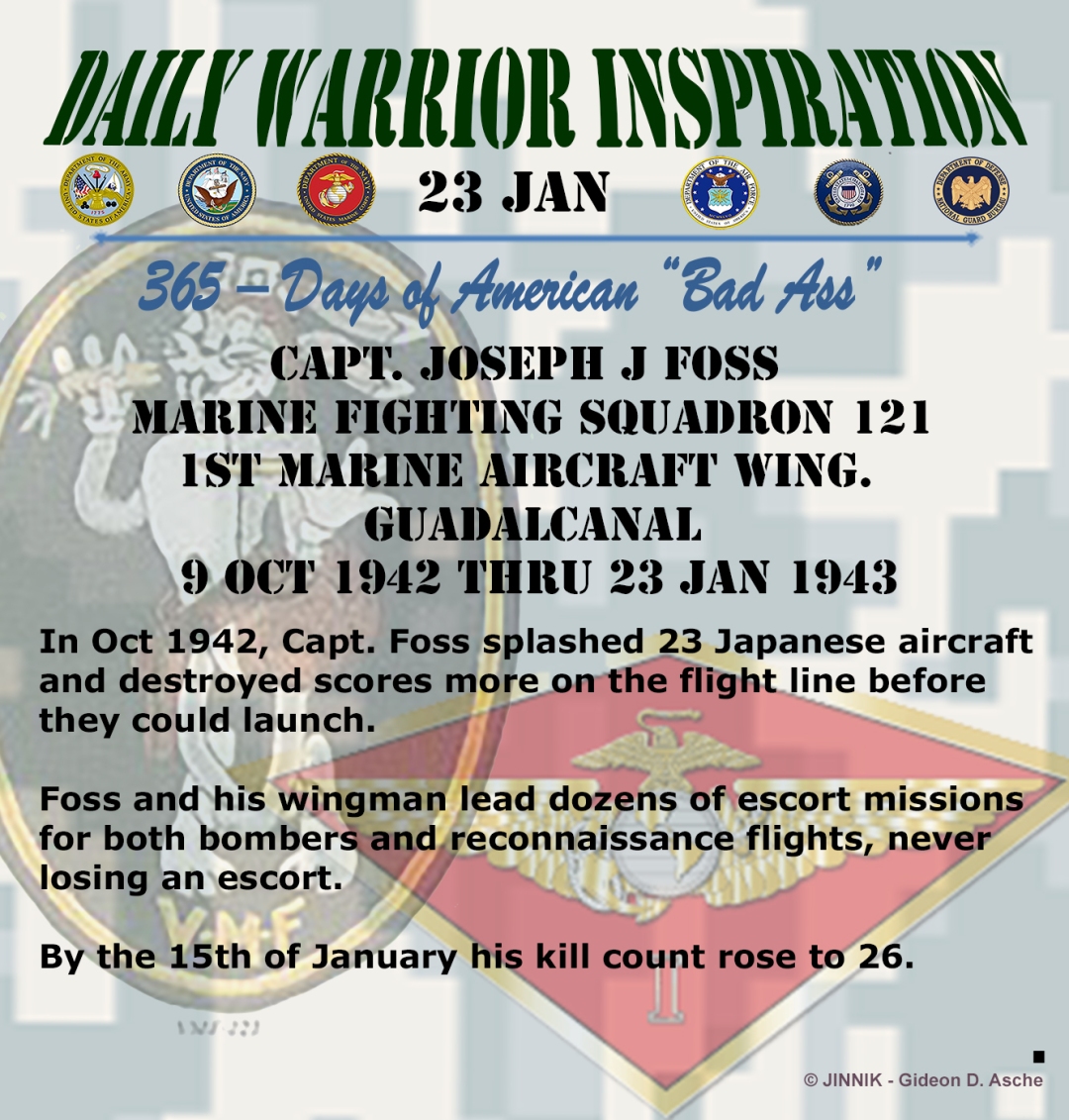 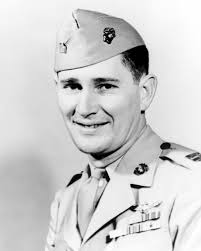 In Oct 1942, Capt. Foss splashed 23 Japanese aircraft and destroyed scores more on the flight line before they could launch. Foss and his wingman lead dozens of escort missions for both bombers and reconnaissance flights, never losing an escort.  By the 15th of January, his kill count rose to 26. On 25 January, Capt. Foss led 8 Marine F-4Fs and 4 Army P-38’s into action against a vastly superior force. Destroying the 4 lead enemy fighters and sending the enemy bomber group into disarray and forcing them to retreat without dropping a single bomb.

Foss shot down a total to 26 enemy fighters in 44 days – a record that was unsurpassed during World War II. Earning him the nickname “Ace of Aces”

By February the Imperial Japanese Army gave up on retaking Guadalcanal. Foss’ expert defense of the Island from the air was a major factor in the enemy retreat.

Foss left active duty and joined the South Dakota Air National Guard. He retired as an Air Force Brigadier General. He made his last Preflight in 2003 at the age of 87.