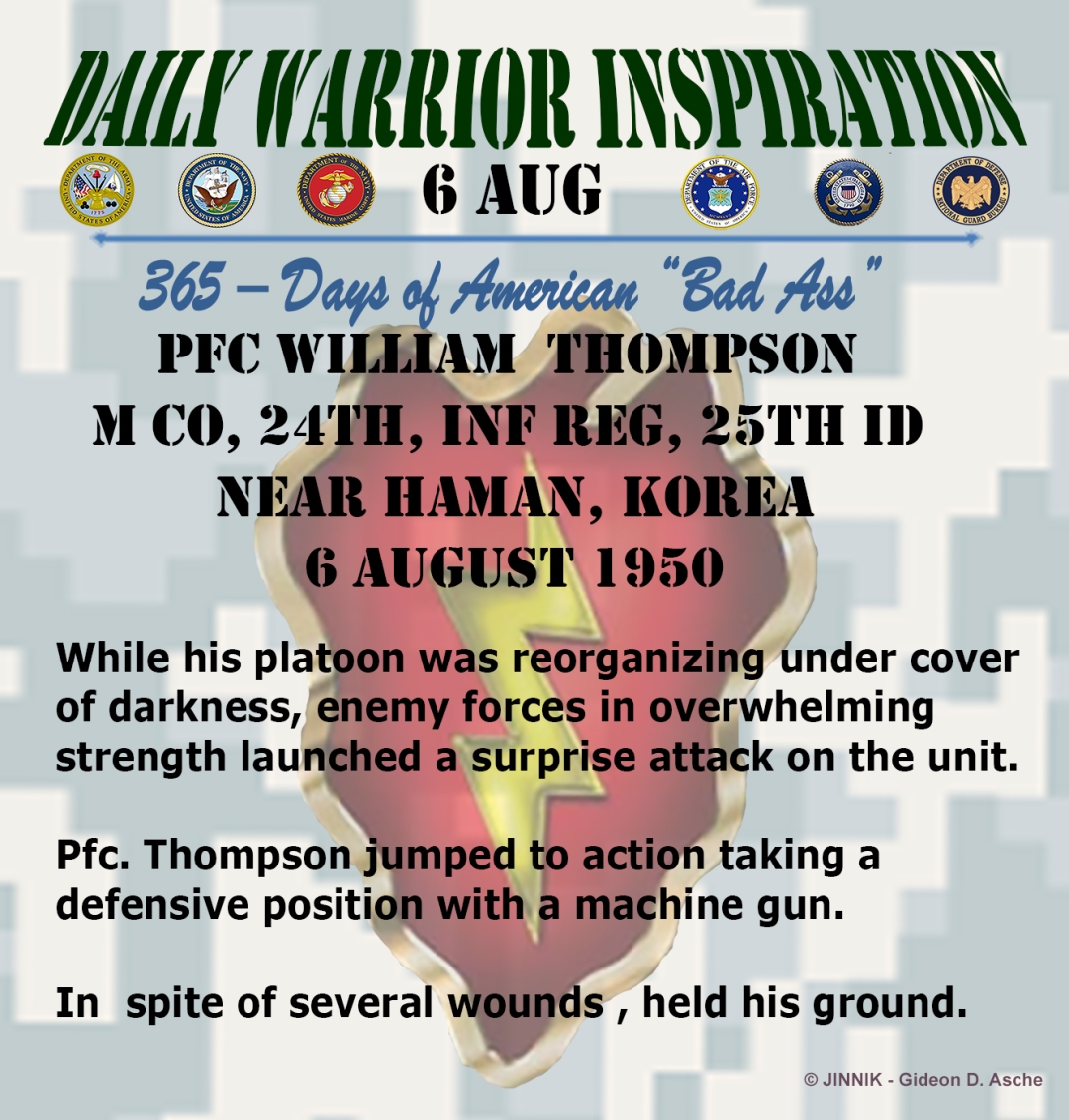 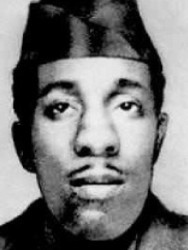 While his platoon was reorganizing under cover of darkness, enemy forces in overwhelming strength launched a surprise attack on the unit.

Pfc. Thompson jumped to action taking a defensive position with a machine gun.  He delivered volleys o withering fire to the onslaught of enemy soldiers,

In spite of several wounds, held his ground.

The effectiveness of Thompson’s fire pinned the enemy attackers down allowing his platoon to withdraw to a better position.

Although wounded repeatedly, Thompson refused the order to withdraw.  He knew he was the only thing stopping the flood of enemy troops.

Pfc. Thompson y remained steadfast at his machine gun and continued to deliver deadly, accurate fire until mortally wounded by an enemy grenade.

The men of his platoon lived to fight another day.

Black Soldiers were initially not eligible for Medals of Honor during WW2 –  This policy changed by 1950 and William Thompson was the first Black American awarded the Medal of Honor since the Spanish American War.